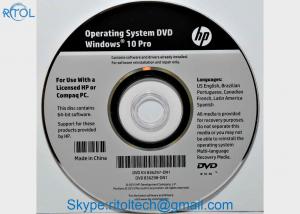 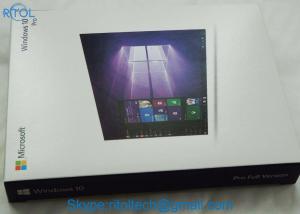 Activation Times : One Key For One PC

Expanded Start menu: The familiar Start menu is back, providing quick, one-click access to the functions and files that people use most, and also a new space to personalize with favorite apps, programs, people, and websites.

Apps that run in Windows: Apps from the Windows Store now open in the same format that desktop programs do. They can be resized and moved around, and they have title bars at the top, allowing users to maximize, minimize, and close with a click.

Snap enhancements: Have up to four apps snapped on the same screen with a new quadrant layout. Windows will also show other apps and programs running for additional snapping, and even make smart suggestions about filling available screen space with other open apps.

Multiple desktops: Instead of too many apps and files overlapping on a single desktop, it's easy to create, and switch between, distinct desktops for different purposes and projects, whether for work, personal use, or both.

Microsoft Windows 10 is a step up in terms of operating systems from the much-maligned Windows 8 and this Professional version of the software is a great option for business and home users alike.

Windows 10 bridges the gap between PCs and tablets and the design of this latest Windows operating system incorporates the best features of the previous two operating systems, Windows 7 and Windows 8 respectively.

One of the primary criticisms of Windows 8 was the removal of the traditional start screen that had been a part of Windows operating systems since Windows 95.

Microsoft heard the complaints and brought the start screen back to Windows 10. While the design of the Home and Professional versions of this operating system are similar, Windows 10 Professional has many business-centric features that are not found on the home version.

These include enterprise data protection, BitLocker and trusted boot for security, remote desktop, domain join and enterprise mode Internet Explorer for business use and the ability to join Azure Active Directory with a single sign-on to cloud-hosted applications.

Thank you! Your message has been sent to the following suppliers.